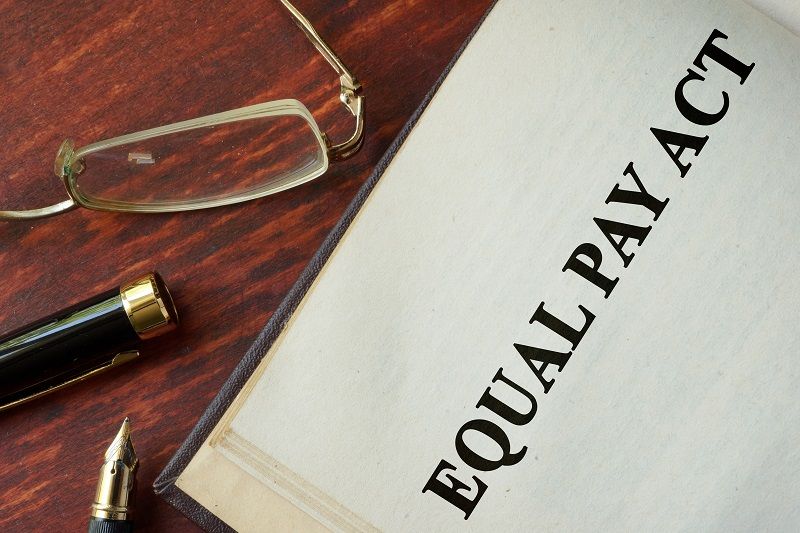 The right for employees to be free from compensation discrimination in their workplace has been in effect since 1963 by the Equal Pay Act. Under this Act, it is required for women and men to receive an equal amount of pay for equal work.

The right for employees to be free from compensation discrimination in their workplace has been in effect since 1963 by the Equal Pay Act. Under this Act, it is required for women and men to receive an equal amount of pay for equal work. Particularly, this law establishes that women and men are required to receive equal pay for work that demands similar effort, responsibility and effort and that are performed under similar conditions for the same company or employer. A difference in pay is only allowed when they are based on factors such as quantity, merit, seniority or any other factor besides gender. The Equal Pay Act was created in order to respond to the widely held and contested belief that a man, due to the role he had in society, should receive higher pay than a woman, even if their duties were exactly the same.

When Can You File a Claim for Compensation Discrimination?

To establish that you have a claim of equal pay discrimination, a worker has to prove that their employer paid them an amount that was less than an employee of different sex received, for a similar job. The jobs don’t have to be identical but should require a similar set of effort and skills and be done under similar working conditions. The elements to establish a claim for workplace compensation discrimination in regard to the Equal Pay Act can be found here.

Different Wages being Paid to Women and Men

A worker has to show the employer paid a different wage to someone of a different gender. When this type of case is being considered, the courts will consider all pay, which includes holiday pay, vacation, expense accounts, bonuses, and wages.

It is not necessary to prove that the jobs being performed are identical. However, the employer does need to show they are similar.

To figure out if two different jobs require similar skills, the court will consider education, training, experience and the ability needed to do a certain job. The court will also consider if the two jobs share “common core” tasks or if one job has more tasks than the other.

Rebuttal of a Prima Facie Case

If an employer tries to fight your claim of pay discrimination, they may use defenses including quantity or quality of production from one employee compared to another, merit or seniority. They can also make any other claim based on a factor besides the sex of the people involved.

An employee can also show that the employer’s stated reason for the differing pay rates is pretextual. This means that it was considered a post-event justification for gender-based differences in pay rates. When you decide to file a claim according to the Equal Pay Act, there is no need for the employee to prove that the discrimination in compensation was intentional. It is a good idea to hire an attorney, too. This will help ensure your case has the best defense possible.